That tweet did more damage than falsely report a possible attack at the White House, it caused the stock market to plummet when it was first posted. Luckily the stocks rebounded.

Twitter is not a game, nor is it only a fun social network any more. It is a serious tool used by millions of business people, journalists, and inbound marketing folks every day

Still uncovinced of Twitter's importance? Just look at  last week in Boston. Twitter, for better or worse, is where news breaks first. It's no longer happening on the broadcast or cable news networks. Photos and videos of the bombing popped up on Twitter seconds after it happened. When all of Boston was in lockdown, residents updated the world with first hand tweets and photos of police officers searching the city and surrounding areas for Dzhokhar Tsarnaev.

Because of this, Twitter has a responsibility to step up and realize that they are a major player in the world and offer better security options. Twitter currently has very few requirements for passwords, that it be six characters or more, and that it not be "obvious" (It won't let you set 123456, for example). Those are the only vague requirements. 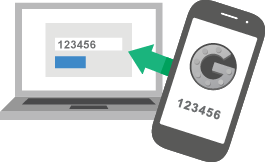 It's true that security is only as strong as the weakest link, and it's usually the poor password choices. Twitter has an opportunity to help change the way people think about passwords. They should require a certain amount of letters, numbers and possibly even symbols to create passwords.

Gmail, Dropbox, Apple, Microsoft, Bitcoin, and Amazon Web Services, among others, all offer two-step verification. Evernote will be rolling it out shortly. It's time for Twitter to get on board.

Update: According to a new post on Wired, Twitter has been working on and testing two-step authentication internally. As of now there has been no word on when or how the new security feature would be rolled out.