Back in March Google announced that they will be sending Google Reader off to pasture on July 1 of this year. As Google Reader's retirement day looms closer many of us here at the Lynton Corral continue to be heartbroken.

Google Reader was launched in 2005 and almost instantly became the RSS reader out there. Long standing champions in the RSS reader space dropped like flies when they could no longer compete with Google's service.

And after 8 years Google Reader is going out on top. Google cited declining use as a reason to shutter Reader, but if you looked at Twitter after the announcement there were many loyal Reader fans upset with Google's news.

There's no point in dwelling on the past. Google Reader is dead. So come July 1st what RSS reader should you use?

Feedly seems to be the frontrunner for the favorite RSS reader. Feedly has been around for a while, and a lot of users migrated to their service long before Google announcement about Reader.

Shortly after the announcement from Google, Digg announced that they were build an RSS. Digg is positioned really well because they have name recognition in the content curation space.

Well, we don't know yet as it hasn't been released yet, but they are promising it next week. They are saying that the website and iOS app will launch the same day, with the Android app following in the next two months (not a great business plan, there). 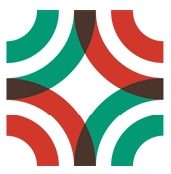 The Old Reader is not old like it's name implies but it’s a reference to what kind of app they are building. The Old Reader is aiming to build a service that is more like Reader of years past, back before Google ripped features out to promote Google+ more.

The Old Reader may be a good alternative, however they do not as of yet have a native app for iOS or Android which may be a dealbreaker for many.

NewsBlur looks like it is a great RSS reader alternative, however their pricing structure may chase people away who are used to getting Reader for free from Google. They offer free accounts with a 64 feed limit at a time (along with other limitations). Premium accounts are $24 a year.

Some people have said that they were going to (or have) abandon RSS entirely for Twitter. This may work for some, but I follow way too many blogs for this to be a viable option for me. Twitter is a constant stream of content and you may miss an update from a site that you really enjoy reading.

So which one do you pick?

Well, that’s up to you based on the features of each service. But one thing's for certain, there will be a lot of apps and services clamoring for your business.

Make sure that you have an export of your data. Once you have the XML data for your feed you should be able to bounce around on a few RSS services to try them all out until you pick the service that works best for you.