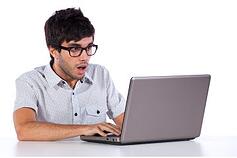 A couple months back, Smashing Magazine published a blog post about web design becoming obsolete in the future. Naturally, this ended up causing quite a debate among designers. Rebuttals were made, including one on Smashing's blog and another by a blogger at Drawar. Both sides make valid points, and it’s clear there are varying takes on the issue.

Here are a few reasons why some believe the job of a web designer may become extinct:

On the other side of the debate, freelance designer Michael Aleo makes some good points for why web design won't die:

Finally, a blog post on Drawar titled "Web Designers Won't Die Out, They Will Transition" says that although there will always be a need for web designers, the label web designer probably won't be used in the future. The position may become broader, covering application design, programming, interface, and more. Perhaps one day the term will become Internet designers.

So, what do you think? Is the role of a web designer is dying? Or is it simply a role that will be changing in the years to come?