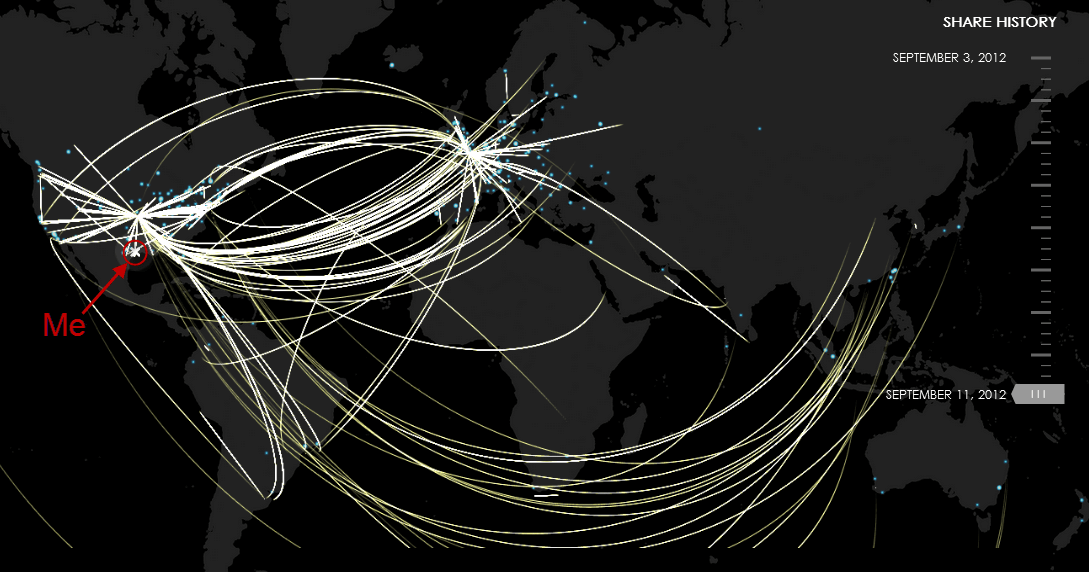 If you have been hiding under a rock since Labor Day, or if you are still listening to “Girls Just Wanna Have Fun” since leaving Inbound 2012, allow me to clue you in on this remarkable story that has developed over the last 9 days. I’ll then attempt to relate to the B2B marketing world and hopefully inspire some marketing creativity in your soul for your next product launch.

So what's the hype?

The XX, an English band on an imprint of XL Recordings called Young Turks, released their second album, “Coexist,” to a single fan on September 3rd. The album is streaming via a web app inspired by a 9elements project and in collaboration with Microsoft. The app traces the sharing of the album occurring around the world – in real time.

Taken from an article on Fastcocreate.com: "It was actually quite slow at first--like watching puppies being born," says Adam Farrell, who heads up the band’s marketing. "For a moment, it seemed like the grand experiment might sputter out. Then, some big sites got a hold of it and it literally exploded just before midnight on Labor Day."

I encourage you to check out the site yourself (and listen to the record – it’s quite good). You can even go back in time to view the share history and watch as the album is spread virally around the world.

Lessons From A B2B Perspective

This isn’t the first time we’ve seen success by a limited release and spread by word-of-mouth. This is inbound marketing at its finest, folks. The XX did not put out advertisements. They did not go on radio or television and tell the show’s audience about their new record. The XX created valuable content via the streaming audio web app and created even further value by inviting you in to become an early adopter by sharing the product as one of the first "in-the-know."

By remaining mysterious about their new record, The XX created excitement. They encouraged you to share this “discovery” you landed upon because it was simply something worth sharing. The product. And the way it’s delivered. Is truly remarkable.

Where else have we seen a limited availability or secretive release turn viral?

The human race will always want what we can’t have. Once it’s given to us, we’re seeking the next big thing. So go ahead, create that exclusive, limited, valuable, and mysterious product. And enable your true fans to share it with their world. After all, their audience is your world too.

In a world of availability, be exclusive.

In a world of unlimited, be limited.

In a world of free, create value.

In a world of public, create mystique.

In a world of handicapped, enable.