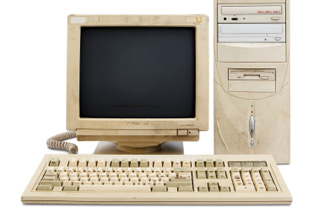 In the early days, the Internet was like the Wild West. It was unknown, untammed, and untested. No one knew what it would become, but that didn't stop us from exploring and developing the new frontier.

In 1993, Mosaic Communications Corporation (who would go on to develop Netscape) created what many consider to be the first blog.

In 1996, Hotmail was released as one of the first free webmail services with 2 megabytes of storage.

In 1998 Google was launched in beta, still in a Menlo Park garage. Its home page looked like this.

The Internet has come a long way in 20 years.

Website design and development technology has by advanced enormous leaps and bounds since the mid to late 90's. 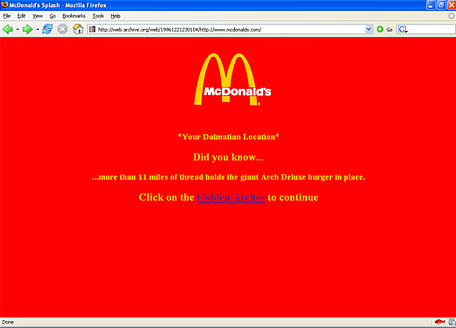 Back when I was in high school I used to make web sites that looked just like this. Except my sites had awesome animated fireball .gifs. Lots of them.

In only a few short minutes I wrote out most of the code that was probably used on that page:

Compare that to their current site. Right click on the site and view the page source. Big difference, huh?

The modern site relies heavily on technology and languages that barely existed in 1996 (CSS, javascript). The 1996 site? That's all HTML, baby. Simple HTML.

Whether it's for the latest marketing automation software or just making sure your marketing efforts are connected with your IT efforts, as new technologies are created and existing ones are updated, browsers need to be updated to handle them.

Like any web design and development agency, we try to push our designs to the cutting edge. Our clients demand it, and frankly, we demand it of ourselves.

If you approach any web developer and ask them about Internet Explorer 6, you will probably get one of three results. They will either roll their eyes in disgust, laugh, or climb under their desk in the fetal position and weep. Grown men and women. Openly weeping.

A little over a year ago Microsoft started to urge users to stop using IE6, a browser that was 10 years old. They even have a countdown clock documenting the slow decline of IE6.

Because it was so old, IE6 did not fully support many of the technologies that developers use to build modern websites. Among other issues, IE6 didn't support transparent images very well and it lacked proper support for many CSS properties.

Building a site that was compatible with it often times meant building two websites: one modern website, and another website that was dumbed down for IE6.

That is when we decided to stop supporting IE6.

Last week Google announced that it was cutting support for IE8 in November of this year, shortly after IE10 launches.

Google says that moving forward, they will support the current browser version and the previous version of major browsers. For IE, this means Google will only support IE10 and the older IE9. You can still use older versions of IE, but you will not have the same browsing experience and many new features may not be available to you.

This is not a new phenomenom. 37 Signals stopped supporting IE8 in February of 2012. Other companies have dropped support for IE all together.

Why is there so much hate for Internet Explorer and not as much for other browsers such as Chrome or Firefox? Internet Explorer is slower, and regarded as less secure than other browsers. It has definitely improved over the years, but the stigma of older versions of IE lives on. Chrome, Firefox and even Safari offer the ability to add plugins to your browser which can enhance your browsing experience.

Another huge plus for Google Chrome and Firefox is that they force software updates on users. If there is an update available it installs and loads when you close and re-open your browser. Most users don't even know when their browser has been updated.

However, Microsoft has tried to push its browsers out in a faster release schedule. Shortly after they released IE9 they announced that they were beginning development on IE10. They are even testing autoupdates of their browsers.

This helps web developers out quite a bit. We can assume that most people will be on a fairly up-to-date-browser, which makes development much smoother. At LyntonWeb, we will continue to support older browsers until we see its traffic start to decline, however we always encourage people to upgrade!