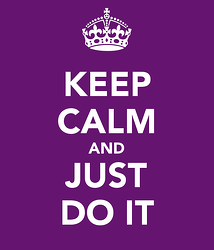 File this one in the "real life is stranger than fiction" category. The creative process for the development of Nike's famous "JUST DO IT." tag line involved a Utah killer and a firing squad, according to Dan Wieden, of Wieden + Kennedy.

In an interview with ADWEEK, Wieden describes his desire to find a message that appealed to a broad range of buyer personas. From women just beginning to exercise to world class athletes. In his creative musings, Wieden was reminded of what convicted killer Gary Gilmore said before being executed by a firing squad - "Let's do it." Struck by the conviction of Gilmore in the face of such uncertainty, Wieden ended up changing 'let's' to 'just' and a 25 year long (and strong) advertising slogan was born.

The moral of the story? Be open to receiving inspiration from anyone, anything or any situation - genius just might creep up on you. And secondly, of more interest to the inbound marketing geek in me, is Wieden's focus on who he was speaking to and how what he was saying would resonate with them. JUST DO IT. It's as relevant today as ever and speaks to high school athletes, pro athletes and everyone in between. Remember your audience - whether it's everyone or just a certain someone. If your content is not speaking to the people you want to become your fans, customers or clients - it's meaningless.