Almost everyone has a colleague who grabs onto certain buzzwords and won’t let go. Office dialogue has begun to take on a life of its own over the past few years, commandeering phrases so that people who function outside of the corporate world can barely understand what is being said. In fact, there’s some question about whether or not the people inside the workplace even know what some of this jargon means. 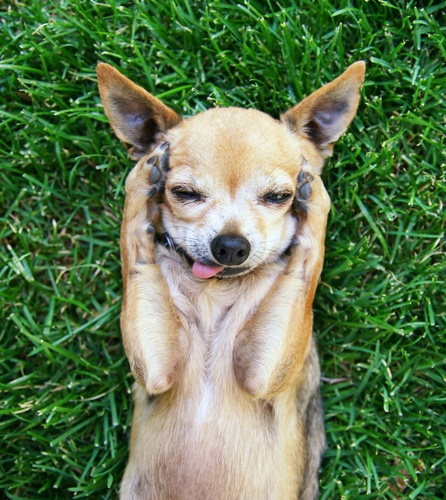 Put in the spotlight recently in workplace surveys by Accountemps and Workfront, overused jargon has been found to bring stress and irritation to the workplace. Every company has its own culture and may even develop its own language. But if you aren’t careful, you’ll find yourself using vague terms that don’t actually communicate well

Maybe these words are used to sound impressive, to cover up ignorance, or just out of habit. In any case, your marketing team may benefit from considering whether these annoyingly overused phrases are causing friction in your department.

These 15 phrases should probably be used sparsely (if at all) around the office as well as in your marketing content:

Ranking in one survey as the most irritating phrase, maybe it would be better to just ask if you can talk to the person.

Stolen from IT, this term was originally used in relationship to computers or systems connecting. It seems like the word “talk” would suffice.

Is this just a way to make it sound nicer when you really just want to use something? This goes right along with another unnecessarily big word, “utilize”. These are both just three syllable word for what could be said in one syllable: use.

Another IT related term, this is really just about capacity—which likely a much less annoying word. If you don’t have enough bandwidth, you could just say that you’re busy.

Can you just say call, email or meet?

This phrase is certainly no longer on the cutting edge of anything.

Like reaching out, ping is a silly way to say that you’ll be in contact with someone.

A fancy way of saying brainstorm. Really, “think” would do nicely.

Change the target or the goal. While this phrase is apparently trying to play off of a sports term, no one ever actually moves a goalpost in the game so it doesn’t make much sense.

Set this aside for now. Come back to this topic later.

One survey labeled this the most misunderstood phrase. Almost half of the people believed this related to making a phone call. Really it means to amplify, as in “turn up the volume”.

“Think Outside the Box”

It means to go beyond the norm. But using this phrase today is very much inside the box.

Read More: How To Run Productive Brainstorming Sessions With Your Marketing Team

To look extensively at something or conduct an analysis. This goes along with another annoying phrase “drill down”, which might be a more targeted version of the deep dive.

Re-visit or come back around to this topic.

In limited cases, these phrases might be used in a clever marketing campaign. But carefully and with discernment. For the most part, minimizing the use of catch phrases and buzzwords in your marketing department will help to reduce annoyances and keep your co-workers happy.