How often do new donors send checks to your nonprofit? Exactly. The bulk of donations are now coming in online, with digital fundraising on the rise for the past several years. From 2014 to 2015 alone, online donations rose 13 percent, with monthly online donations increasing by a notable 32 percent. With the right strategies, nonprofit inbound marketing efforts, and these best practices, your organization can launch your own powerful digital fundraising campaign. 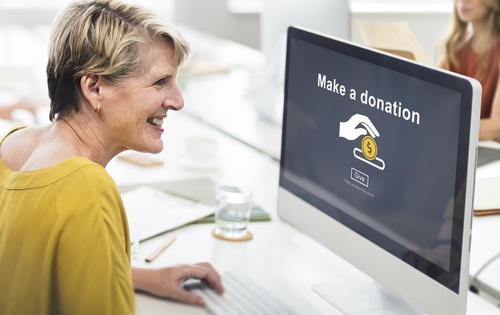 As the hub of your digital fundraising campaign, your website needs to include:

Make It Easy to Give

Not only do you need to set up a way for people to donate in a few clicks, but you want them to able to donate from any device they may be using. That means you want a fast and smooth donation process, along with responsive design. Make mobile giving even easier with things like text-to-give software, which allows donors to text an amount to your pre-established giving number.

Start with a Soft Launch

Build up campaign momentum – and donation dollars – with a soft launch before your campaign officially begins. Reach out to key fundraisers and supporters in advance to get the ball rolling. People are more apt to give when they see you’re already on the path toward your goal.

Campaigns that last longer than a week or two tend to peter out. An extended timeframe can also prompt people to think they can come back later to donate, instead of doing it now.

Coordinate the Campaign across Multiple Channels

Put your campaign front and center on all your channels, with the goal of reaching your supporters wherever they may be. In addition to your website, feature your campaign:

Peer-to-peer fundraising involves asking supporters to launch their own parallel campaigns on their own websites. Send them a tip sheet packed with guidance. Peer-to-peer efforts typically bring in one-third of all online donations, with one in four peer-to-peer solicitation emails resulting in donations – compared to the one in 1,250 emails sent directly from the organization.

Set up a Matching Period

Matching periods can reignite interest at the midpoint of your campaign. It also prompts folks to act sooner rather than later with donations. Contact big donors and sponsors in advance, setting up dates or a maximum amount to be matched. Then encourage donations by alerting folks when the matching period begins and ends.

Don’t overwhelm or discourage your audience by pledging to raise $50 million to give every pet in the world a home. Try aiming for something more solve-able as well as realistic, such as raising $4,000 by May 15 to care for 400 homeless pets for a year.

Outline Where the Money Goes

Showing how suggested donations are used within your organization reminds people that even a small donation can help. A simple chart can outline what each amount achieves, such as:

Video is one of the most compelling ways to tell your story, and you can likewise use it to generate interest and even interaction as part of your digital fundraising campaign. Use video to:

Consider an interactive video challenge by inviting your supporters to share videos performing an activity relevant to your nonprofit or campaign. Ask them to make a donation and nominate others to participate.

Incentives can help drive donations from supporters, as well as premium efforts from your staff. Consider offering donated gifts, tours of your facility or other inexpensive yet meaningful perks for donors, as well as bonuses for staff members who bring in donations by the droves.

In addition to acknowledging notable milestones throughout the life of your campaign, provide overall results at the end. Make sure to thank and congratulate everyone who contributed to the campaign’s success.

Your website and other nonprofit inbound marketing tactics are a huge part of your digital fundraising efforts, but they’re not the only elements involved. Success relies on a combination of channels, factors, and tactics that all work together to achieve the final goal. While your main goal is meeting or exceeding your targeted donation amount, a digital fundraising campaign also helps you raise awareness of your nonprofit and cause along the way.