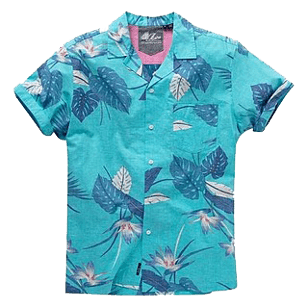 Press releases have been around for quite some time. And they definitely have a place within the media world and even in some marketing strategies.

The manner in which people and companies are using press releases today, though, has gotten off track. It has become a sea of useless content.

And figuring out a way to use press releases while still practicing inbound marketing has been a major struggle for many companies, which leads me to today's Friday Fails.

Hello everyone and welcome to another Friday Fails.

Press releases historically were a way for businesses or organizations within a community or industry to let journalists know about something of interest to their readers or the general public. So some example would be a charitable pub crawl that's going to help sick children or maybe there's a new study about heart disease that the public really needs to know about so they stop eating granola bars or something.

But with the internet, press releases have changed quite a bit.

People started using them for other reasons than just letting the public know about an event, a study or company acquisition. They started using them for link building. So basically, they would write press releases, load them up with internal links back to their site and then BAM they would have these links coming into their website from what was seen by Google as an authoritative site. But with the newest SERP updates from Google, these are now seen as unnatural links so they don't really hold much value at all. 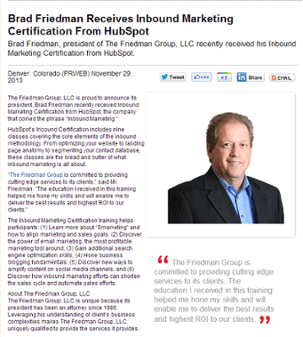 Another reason people have been using press releases online have been for self promotion. So for example, someone wanted to share that they had this new certificate or they were wearing a freaking blue shirt today. And this really is a problem and this is what I'm going to talk about today: these self-promotional press releases.

The reason they are a major problem is...

These types of press releases are cluttering up the internet and are so anti-inbound. They are making people go through the muck of all these press releases to find something and they are really making us less credible to journalists. AND they are not being helpful. They aren't using press releases for the reason they were made.

So instead of having a self-promotional press release about your blue shirt today, your blue suede shoes or whatever, we want to do it in an inbound way.

So I'm going to talk to you about how you can make this fail into a fix.

If the answer is no, if it's to talk about yourself, then you need to completely ditch the idea of writing this press release.

But you'll want to write this a little differently than you would a blog article or an ebook or a whitepaper. This is for two reasons.

So this is how you want to write your press release.

After that lead, that first sentence, you'll want to include as much of that really essential information as close to the top of your article as possible. That makes sure that your information isn't getting cut off, that people are reading it, and you get that core information across that makes this article interesting, relevant and beneficial.

Then, you can fill in the less essential information. And at the end have a call to action, information about your company, and contact information for journalists and readers.

You can see this format in the image below: 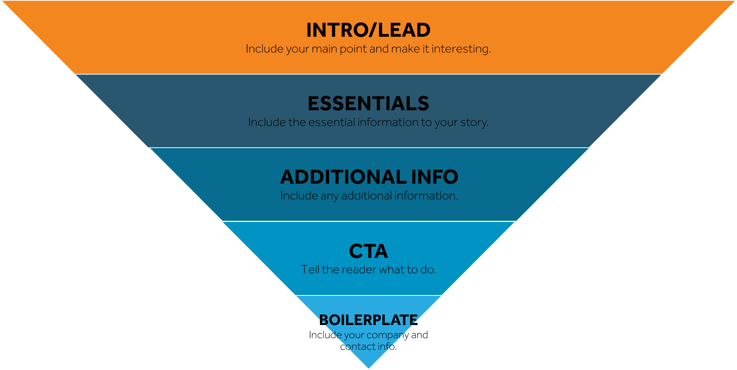 After you write it, you want to make sure to go back and edit it using the AP style guidelines. You can find this online. AP stands for the Associated Press. These guidelines are the standards that all magazines and newspapers follow. So by using these standards, you're making it that much easier for a journalist to just copy and paste your press release; they don't have to put that much effort into using the content you've created.

Next, you'll want to reach out to any journalist you know personally. Include your press release inside the email content; don't make them open an attachment. And make sure you use a subject line that portrays the value of this press release.

If you don't have any personal connections with journalists, PRNewsWire, PRWeb and other press release distribution services are very helpful, as well. If you're using one of these press release distribution services, you will want to use inbound links to your website inside your article so that people can easily find the information you are talking about. Make sure those links are marked as no follow, though. This will help avoid Google seeing them as unnatural links, but you'll still get the referral traffic.

And that's how you create a great press release with an inbound approach. And it's also how you can avoid self-promotional press releases.

Tune in next week for another Friday Fails and have a great weekend!