"You can't believe everything you see on the internet!" That saying has been around as long as I can remember, and still holds true. Online directories like TripAdvisor, Yelp, and Whitepages can be extremely useful whether you're trying to find a good burger, or establish a web-based presence for your business. However like every website, they all come with their flaws and its important to be cautious when using these platforms. 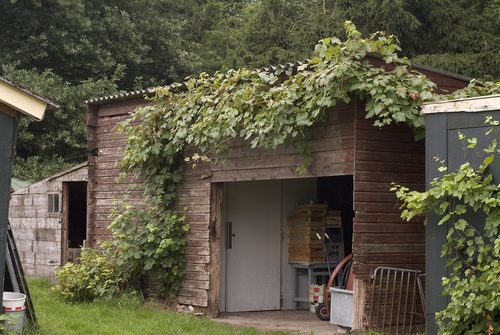 I Made My Shed the Top Rated Restaurant On TripAdvisor

This story shows how restaurants (or fake restaurants) can climb the TripAdvisor ranks by utilizing SEO tactics, marketing strategy, and some word of mouth hype. A writer for Vice describes how he turned a shed in his backyard into the #1 restaurant in London on TripAdvisor. What gave him the idea to try this stunt? Well, he mentions in the article that as a writer, he used to get paid to write fake reviews for restaurants. With this being a job of his, he's always harbored a distrust when it comes to TripAdvisor. The meals never happened, the commenters were fake, the only thing real was the restaurants. Which led him to think... can the restaurant be fake too? With this idea, he made it his mission to turn his shed into a top-rated London restaurant... without it actually becoming a restaurant. The first step was to get verified. All he needed for that was a phone number and an address. Within a day, the “Shed at Dulwich” was approved, and ranked 18,149th, the worst in London. In order to climb the ranks, he needed convincing reviews from different computers, so he put his friends to work. With the help of his friend's comments, the Shed quickly became a hit. The author began to get an insane amount of emails and phone calls, all from people asking for reservations. He was being contacted by production companies, PR agencies, and journalists. Before long, the the Shed became the #1 restaurant in London and people from all over the world were trying to eat at the "best restaurant in London." When TripAdvisor began to suspect the Shed was fake, he decided to organize a real dinner there, but for one night only. Read the rest of this hilarious story here.

Coding has a new, unexpected spokesperson. Victoria's Secret supermodel, Karlie Kloss, has opened up a nonprofit for girls called "Kode with Klossy." The goal is to balance the scales of software engineering's gender disparity by teaching girls computer programming. Starting a nonprofit was not her plan initially. In 2015, she enrolled in a two-week coding boot camp for adults, just because she was curious. Last summer, she launched her own camp for girls aged 13-15 in New York, Los Angeles, and St. Louis. Graduates have went on to win hackathons and get into ivy league universities. Her program has since expanded to 12 cities. While similar nonprofits are more established, Kode with Klossy is unique because her reach as a celebrity brings the objective to millions. Half a million more jobs related to computers are expected to be added by 2024. While 74% of high-school girls are interested in STEM, women only make up 18% of computer science degrees.

Read more: How and Why to Keep Your Marketing ‘Invisibles’ Happy

Chat and pay: How social media is beating the banks

Two years ago, I had no idea what Venmo, Popmoney, or Zelle even were. At the time, I had just begun using a new Snapchat feature called "Snapcash," which allows you to send money to a friend by using the app. I remember getting comments from people while using Snapcash, "Is this safe? Just give me cash, I don't trust this thing!"

Similarly, I remember using (slightly less sketchy) Facebook Messenger to pay people back while studying abroad. While this feature has been around the U.S. since 2015, it just launched in the Europe last month and is already making waves. With the trend towards mobile payments moving into social media, people are wondering if it will disrupt banking,

According to Messenger, their top reasons for sending money include celebrations, social, and festive occasions. By expanding into financial transactions, social media companies are trying to strengthen consumer relationships, increase dependence on their platform, and further insert themselves into our daily life. With this expansion comes concerns. 92% of consumers in Europe, Africa, and Latin America are reluctant to share their financial info with social media companies. This is because while people view social media as fun and engaging, they see financial services as personal and private. However, Facebook Messenger ensures us that they take extra steps towards protection with their service. Head of the payment app, Azimo states, "Social media payments are here to stay. It's just the speed of travel and destination we don't know yet." Would you use social media to make a payment? Let me know in the comments.

I know I write about KFC a lot. You might be wondering if I’m obsessed with their food… that would be correct. But additionally, I’m obsessed with their marketing tactics. They always find creative ways to put out content and leave us wanting more. KFC Canada has recently developed a skill for the Amazon Echo. The skill, which is available in the Alexa skills store under the name "KFC Canada", will feed you chicken jokes, pick-up lines, random chicken thoughts, references to chicken in pop culture, and much more. There are also games available for playing, such as the ‘Colonel’s Quiz’, a pop culture trivia game with a chicken twist: decode famous names, titles, and quotes that have been "chickenfied." KFC Canada's Digital Marketing Manager suggests grabbing a warm bucket of chicken and playing the game as a family this holiday season. Because nothing says family bonding like… chicken trivia? The KFC Canada press release describes this Alexa skill as a continuation in their quest towards digital innovation.

"By embracing these technologies, we're enhancing the way we communicate with Canadians and are effectively creating connected experiences across all customer touchpoints."

In other news, they will be making voice-operated ordering and delivery available in early 2018! This means finger lickin' good chicken, right to your doorstep!

Brands Are Learning How to Master Push Notifications Like Publishers

Which push notifications do you have enabled on your phone? In addition to my social media apps, I have Sports Center notifications enabled so I can keep up with all my teams, go Cavs! With an increase of companies creating apps, push notifications are becoming a useful marketing tool. According to IBM, push notifications sent during Thanksgiving and Black Friday weekend increased 128 percent year-over-year while email and SMS marketing was only up 7 percent. Clothing retailer, Chubbies, for example is one brand that has been utilizing push notifications well. They have recently revamped their app and it's notifications to include exclusive merchandise and deals first. However, the sole purpose of these notifications is not to drive sales, but also to engage and entertain readers. Many of their notifications are one-liners, much like you’d see on Twitter. Their goal was to push simple, funny content that people wouldn’t expect to receive from a clothing brand. The concept is clearly working, with people screenshotting and sharing the Chubbies notifications across the internet. As email inboxes get crammed with holiday promotions from brands, push notifications are one way that companies can cut through the clutter with a message that’s prominently visible on smartphones. If you love dad jokes (and a discount on your short shorts) Chubbies may have the app for you.

That's this week's Inbound Marketing Highlights! Stop by next Sunday for more.