Amassing more than 600 million users since its launch 2010, Instagram is one powerful storytelling tool. And it can be an even more powerful vehicle for inbound marketing mavens – provided you don’t fall prey to some of the biggest mistakes companies may not even realize they’re making on this social media super-platform. We’ve outlined some of the common faux pas we’ve seen, along with easy ways to fix them.

Contests are generally a handy way to generate interest and followers. But you have to remember the folks who see your Instagram posts are those that are already following your company. Offering a prize to, say, your 50th, 500th or 5000th follower is wrong on two levels:

The fix here is to gear your contest toward your existing followers. Encourage people to “like” your photos, choosing a random winner from among the likes every week. Get users to take selfies with your product to post on their own accounts, choosing a winner from your weekly or monthly favorite.

Make sure you ask all contest participants to use a specific hashtag you created for the contest so it generates even more interest across the social sphere. 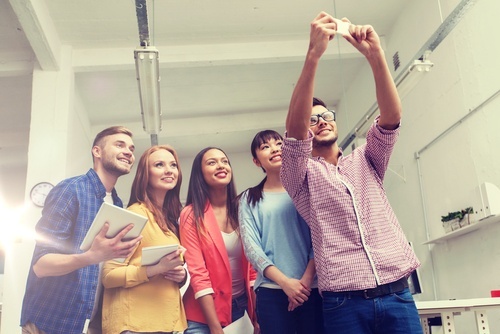 Adding links to posts has become second nature to many, but those links don’t do much good when posted in an Instagram photo caption or comment field. That’s because the links are not click-able, and you can pretty much bet someone is not going to actually take the time to write down the link and then enter it into their browser.

Instagram does offer one area where you can include a click-able link, and that’s in the website field on your user profile. Head over to edit your company profile, ensuring your desired link is firmly in place.

Remember the annoying habit of keyword stuffing, where companies would stuff content full of keywords, some of which may not even have anything to do with their business, products or services? Well, the concept merrily transitioned over the hashtags.

Posting a photo of your company’s new blender and then peppering it with hashtags like #happy, #love, #Elvis, #Beyonce is just an annoying and painfully obvious ploy for attention. The #Elvis tag might work if you were showing a photo of blending two bananas and peanut butter, reportedly one of his top snack combinations. Don't be a hound dog - post relevant and targeted hashtags.

Part of Instagram’s beauty comes from content that’s creative, fresh and original. But some companies are instead transforming the fresh scene into yet another recycling bin by using the Regram app to repost other people’s Instagram photos.

The fix here is to make a point of keeping the fresh, creative Instagram vibe alive by doing your best to generate truly original content.

One last tidbit to keep in mind - Instagram demographics. Its users consists of slightly more females than males, a big chunk of the 18 to 29-year-old demographic, and loads of people who live in big cities rather than rural environments. That means you could hit the jackpot if you’re targeting urban, female teens – but one final fail if you’re trying to reach rural male farmers over the age of 65.