Videos are not only fun to watch, they're also great for driving engagement and traffic. With tools like Facebook's Live, and different options for YouTube SEO, it is now easier than ever for your video to get found. Read more about video and other stories in this week's Inbound Marketing Highlights. 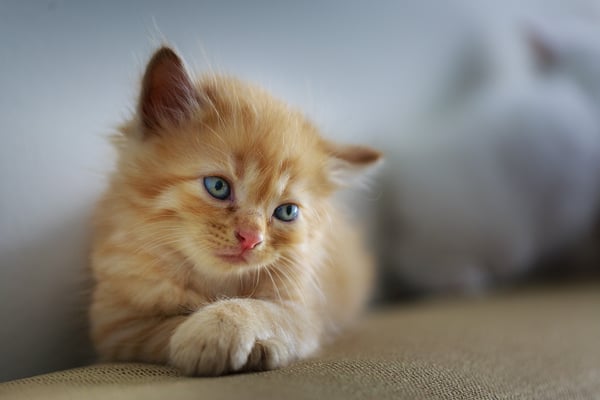 Live stream is more popular today than ever, with many brands using it as a powerful tool to reach and entertain their audience. KFC is now one to join the ranks after airing a 4-hour Facebook live stream of kittens playing. The live stream kittens had the chance to climb a multi-level Colonel Sanders shaped cat tree, which featured chicken drumsticks dangling, a spinning cane and areas for the kittens to lounge. As fun as this is on its own to watch, viewers were also given the chance to vote on what happened next. Since the Colonel toy was robotic, it’s laser eyes could be activated, or he could toss a ball of yarn, launch treats, even turn on a cat TV show. The audience also had the opportunity to name the cats at certain points. The live stream reached a total of over 439,000 viewers and generated 17,800 comments, and 5,200 shares. While cats are relatively unrelated to KFC and their brand, this was a great way for them to grab attention and drive social media engagement.

"Got Milk?" Campaign Gets a Refresh

It’s a timeless ad that we all know and love; the infamous, “Got Milk?” commercial. But now that we live in an age that is increasingly dairy-free, this ad has gotten a modern makeover to appeal to more audiences. Back in the 90s, “Got Milk?“ featured celebrities from Alex Trebek, to Whoopie Goldberg, to Britney Spears, all rocking the campaign’s signature milk mustache. The modern take commercial, in hopes of reaching the next generation of parents, features kids who airing their grievances, and citing milk as their energy and strength booster. With competition from dairy alternatives creeping in, the campaign hopes that this will switch young family’s focus back to old-fashion, milk from a cow. See the commercial here.

Shutterstock Turned 15 and Employees are Celebrating

If you are in the marketing industry at all, I’m sure you’re familiar with Shutterstock, one of world’s most popular stock imagery websites. Shutterstock has just turned 15 years old, and to celebrate their birthday, employees have attempted to recreate some of their most popular images. Submissions to the #RockThatStock challenge came in all the way from the U.S., U.K., Canada, Germany, Ireland and Singapore. According to Shutterstock, the imitations are a tribute to their “400,000 contributors and the content they create every day.” See some of the best ones here.

With 5 billion videos on YouTube being watched every single day, simply posting your video to this channel is not enough to ensure it’s found and watched by viewers. With that in mind, it’s important to optimize all of your YouTube videos for SEO. With optimizations ranging from basic to advanced, there are many different ways to make your video more “findable.” YouTube has added many great features over time, like the option to enable and look at your video’s statistics. This will allow you to track your channel’s performance and make improvements as necessary. View the SEO tips here.

See Also: How to Ensure Your SEO Strategy Magically Falls into Place (for Real!)

Now You Can Sync Your Instagram Contacts to Messenger

In another push to promote their Messenger app, Facebook is now letting you sync contacts from your Instagram accounts. The option appears in Messenger’s “People” tab, alongside the existing option to sync your phone’s contacts with Messenger. The integration is now publically rolled out with the goal to unite different social circles. Some however, are unhappy with the app, citing that it isn’t clear what the “Connect Instagram” button will do initially. Once it is clicked, Messenger automatically syncs your contacts, rather than giving you a choice. This feature was first tested in 2017 and is now here to stay. Users are speculating that this feature is due to the 375 million users using Instagram direct messaging. With so many users now messaging through Facebook-owned Instagram, it’s clear that Facebook wants to capitalize on that activity to grow its own Messenger app, too.