This has been a weird week in social media. The Laurel vs. Yanny debate is everywhere, Google's emojis are controversial, a Vietnamese pool is causing uproar, and Facebook is developing a cryptocurrency? Continue reading for more on these bizarre stories in this week's Inbound Marketing Highlights. 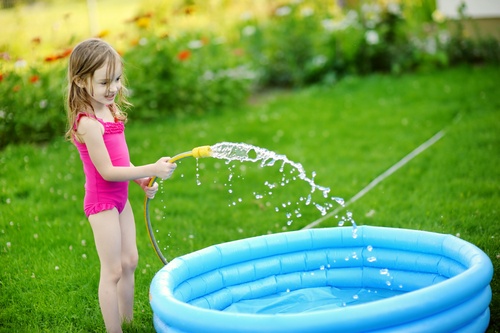 Here we have an example of a huge marketing FAIL. When twitter user Jenny Kershaw posted 2 pictures of a hotel pool this week (one from the listing and one she had taken,) the internet went crazy over the deception. Kershaw, who was traveling in Vietnam, had found the hotel on Booking.com. The listing boasted pictures of a giant, beautiful, and inviting rooftop pool. What she found instead, was an incredibly tiny pool, that looked nothing like the image. Making light of the situation, she posted a side by side of the listing picture and one she took herself on Twitter. The images went viral with thousands of users replying to the post. Booking.com has since apologized for the incident and offered to help her file a complaint. The listing has also been changed, to say “Jacuzzi” instead of “Pool.” See the hilarious images here.

If you haven’t heard about the Laurel vs. Yanny debate yet, you might be living under a rock. But I'll explain it anyways! This past week, an audio clip surfaced of a computerized voice speaking. What became controversial however, was what exactly the voice is saying. While many listeners heard the word, “Laurel,” others, heard a much higher pitched “Yanny.” If this is confusing, you’ll have to listen to the clip yourself.

Everyone, quite literally, has been weighing in on the Laurel vs. Yanny debate. Your friend, the White House, celebrities, even your favorite brands! Many brands trying to get some publicity from this viral debate by alluding to it on their social media. See some of the best here.

If you’re on Facebook, you probably know that you can pay your friends using the Messenger feature. Well now, Facebook is taking things a step further by developing their own cryptocurrency. Facebook will be taking help from David Marcus, who is the president of PayPal, an early Bitcoin investor, and a Coinbase board member. While they won’t be offering an IPO on the coin, the public will be able to purchase a limited number of the cryptocurrency when its available. Although, it's expected to take several years to develop. Another added benefit of Blockchain technology is that it can help Facebook verify the identity of accounts and encrypt data.

Google Fixes Major Problem in its Cheeseburger and Beer Emojis

In the design world, details need to be taken very seriously. So, when problems with 2 different emojis were brought to Google’s attention, CEO Sundar Pichai saw to it personally. Back in October, Twitter users around the world were all triggered by the orientation of the hamburger emoji, which had the cheese slice under the meat patty. Users requested that the emoji instead have the cheese on-top of the meat, like the more satisfying Apple emoji does. The second emoji of offense was the beer emoji. The half-full mug of beer, had a huge gap between the beer and foam cloud on top... which just didn't make sense. "We restored the natural laws of physics, so all is well, we can get back to business," Pichai said.

Froot Loops has launched their first new flavor in 10 years. The new Wild Berry Froot Loops is the perfect balance of sweet, fruity and tangy flavors. The new release is part of their “Whatever Froots Your Loops” campaign. Not only does the cereal have a new taste and colors, Kellog has also added a new purple star shape into the mix. So the real question is, what is the marketing strategy behind this new flavor and campaign?

Well, Kellogg is collaborating with Awaytomars to make a fashion collection, in order to get more awareness from millennials and Gen Z. We have seen other brands like Starburst do this with their pink denim jackets and Project Runway collection. Pepsi also did “The Art of Football” campaign in honor of the World Cup. These efforts, while not necessarily a huge driver of sales, can be a strong branding and awareness play for marketers attempting to engage younger consumers. Cold cereal sales have been on the decline over the past several years, in exchange for healthier, on-the-go options.