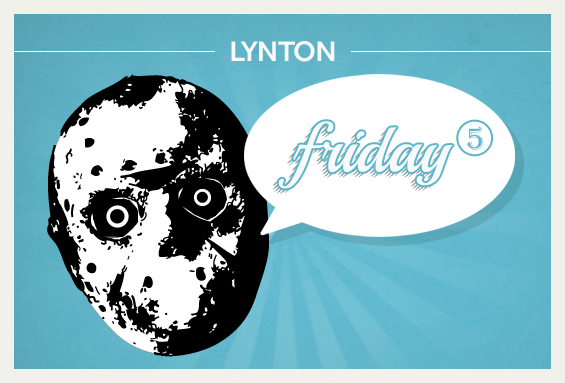 It's Friday the 13th - but fear not inbound nation, we have another roundup of the Friday 5: Five Headlines from Social Media, Inbound Marketing, SEO, and Web Design, our weekly roundup for ideas and news that you can use. Here’s some hot tips and news:

That means, if you're doing it right, guest blogging should be some of your best work. Think of it as a speaking engagement. You wouldn't get up in front of a group of people unprepared. You would take the time to carefully craft your message in order to make the biggest impact on your audience.

Google+ is designed to focus on one thing and one thing only: engagement.

So, how can you pump up your Google+ engagement?

In order to have success with LinkedIn, you’ll need to make a long-term commitment to your plan. A strategy that delivers results requires ongoing management, monitoring, analysis, and adjustments.

Remember to assess your resources first and determine what you’re willing to commit with regard to people, time and dollars. An ongoing commitment to your strategy ensures you stay on track toward achieving your company goals.

Why Twitter's IPO Won't Be Like Facebook's IPO - Forbes

Twitter is also going public at an earlier revenue stage than Facebook, which is important because Wall Street likes to see growth more than anything else. Twitter filed its IPO confidentially, a new feature in the stock market that has been created by the so-called JOBS Act. The only way Twitter could have taken advantage of the JOBS Act is if it’s annual revenue is less than $1 billion.

This ad rocks because of one really awesome reason: It bridges the digital and print divide to actually become a useful piece of content. How often have you been out and about and needed to charge your phone? It solves an actual need that Nivea's buyer personas have in a visual, tangible, and digital manner.

The ad also accomplishes something that is near-impossible to do with print media: relevancy through its integration with users' physical location.

So that's what we think you should know this week. What do you have for us? Let us know inbound nation!