Yesterday the FCC announced a major change in their stance on net neutrality which could have dramatic effects on the Internet, and the future.

What is net neutrality?

Net neutrality is the idea or belief that all Internet service providers (ISPs) and governments should treat all internet data and traffic equally, and not discriminate against specific users, content, platforms, etc.

If net neutrality was done away with, ISPs like Comcast, AT&T and others could throttle traffic that comes to your house. They could potentially discriminate freely against traffic they do not like or feel they are competing against.

ISPs could decide which traffic would get priority over their networks (likely their proprietary content) and worse yet, could give priority to other content providers who pay them wheelbarrows full of money. This website offers a great illustration of why Net Neutrality is a good thing.

Let’s look at Comcast for example. Comcast is both an ISP and a content provider as they own NBC Universal. They could throttle traffic from sources like Netflix and YouTube and keep the pipe wide open for Hulu, which they own a giant stake in.

Why is this bad?

Simple - it kills competition from new companies and stifles innovation. Netflix could never have grown and thrived in a hostile Internet world if net neutrality was killed. Similarly, the next Facebook, Twitter or YouTube may never get the chance to rise to prominence if they can’t pay the shakedown money to the ISPs to get the traffic that their applications and users require.

It appears ISPs are taking the lazy way out to make money. Instead of improving their outdated infrastructure (which they have already received $200 billion from the government to do) they can raise prices on content companies and make money without having to do anything as subscribers (you and me) suffer from poor network speeds and increased prices (both directly and indirectly).

Yesterday, the FCC flip-flopped on their stance on net neutrality and backed what is being called “fast lanes” for web traffic. 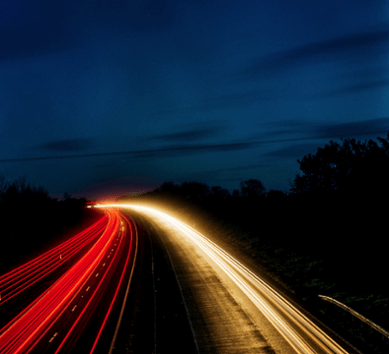 This means that Comcast, Time Warner, AT&T, Verizon and all other ISPs can walk up to Google, Netflix, Apple and demand more money from them to ensure that their traffic receives top priority over other service providers.

The Internet is best when it is free and open, unrestricted by corporations. It’s the government’s job to step in and protect us from these corporations, it seems like the FCC just decided to rollover on net neutrality.

This is a serious issue and affects everyone who uses the Internet, and you can help save net neutrality.

As marketers - we live and breathe content for our clients. Video, textual and graphical content that educates our clients' future customers and helps increase their sales.