We marketers hope that our projects will have an impact on our business as well as the world at large, when possible. You want your message to get out. You seek for your creativity and efforts to be effective. Even if no one knows you’re behind the scenes, you want your work to get out there and be known. 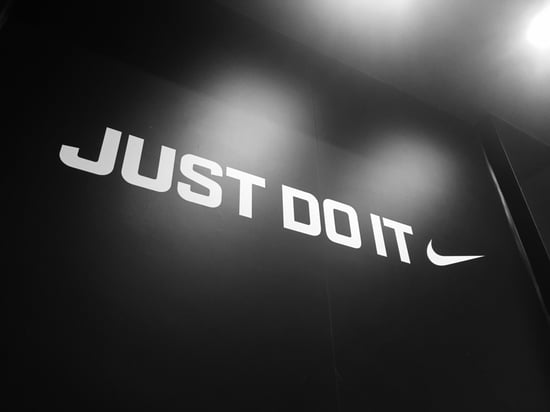 Every once in a while a trademark or slogan develops into something so cutting-edge and effective that it morphs into common use. Everyone recognizes these and they are used in ways that go far beyond their brand reach. And even though the person who created them never really gets any credit—they have the satisfaction of knowing their message has gotten out into the world.

Certain taglines last the test of time. Check out these clever marketing slogans and the time frames they originated:

Got Milk? -California Milk Processor Board 1993

What Happens in Vegas, Stays in Vegas. -Las Vegas 2002

This is Your Brain on Drugs. -Partnership for a Drug Free America 1987

The Breakfast of Champions. -Wheaties 1930s

What Makes a Marketing Slogan Work?

Taking a look at this handful of popular slogans, a few common threads run through:

They’re Simple. An audience needs to be able to quickly understand your slogan. Short. To the point. One sentence. And no five-dollar words. Campbell’s Soup kept it super simple with “Mmmm. Mmmm. Good.”

They’re Memorable. This goes along with simplicity. Make your tagline or slogan easy to remember—without becoming annoying. Slogans that are set to music or a jingle are more likely to be remembered. For instance, Justin Timberlake’s: “ba da ba ba ba….I’m lovin’ it!” lasted for years as a premium marketing slogan for McDonald’s. And most people didn’t even know that Timberlake was behind it!

They’re Unique. What distinguishes your brand from the others? Focus on what makes you special. For instance, the Can-You-Hear-Me-Now guy played up the fact that Verizon was going above and beyond to get cell service for all of their customers—anywhere and everywhere.

They’re Meaningful. You have a lot to say in few words, so make each word count. A slogan should embody the values of the brand. For instance, “Just Do It” goes far beyond referring to sports shoes and apparel. “What Happens in Vegas…” employs the power of secrecy.

They’re Motivational. In most cases, effective slogans offer positive associations and incentive. A top notch tagline makes the reader want to respond to the message in a certain way—hopefully by doing something (i.e. enlisting in the Army), avoiding something (as per the anti-drug movement), or making use of a product or service (pretty much everything else).

Of course, taglines and slogans don’t have to become famous all over the globe in order to be effective. Most of them won’t. As long as they are reaching your target customer (which you can determine through solid analytics), then they’re doing their job—and you’re doing yours!