In this day and age there is little doubt about the impact of social media on the way we do business, and sales is no exception. Given the staggering number of people active on social media platforms it is impossible to believe otherwise. According to AdAge, LinkedIn contains over 64 million North American users while Facebook accounts for 20% of all page views on the Internet. Considering that in this same article, AdAge reported that 34% of marketers claimed to have generated serious leads using Twitter, such statistics represent an unprecedented opportunity for sales professionals to connect individually with potential customers while also overcoming the time constraints and geographical limitations through the communication efficiencies afford by social media.

The problem, however, for many sales organizations is that they are missing out on the opportunity to gain prospects and ultimately sales via social media platforms.  As a result, sales people are less productive and efficient and in some cases project a negative image to their customers. What are the causes for this? Among the reasons are a general lack of understanding about how social media platforms function, leading to a misperception that “social selling” is somehow a new concept requiring new methods of selling.

And what will this yield? The results from applying the concepts outlined here will be an increase in the number of qualified prospects, a boost in the sales team’s productivity and efficiency, and growth in your organization’s revenue all while projecting a better image of the sales professional to prospects and customers. 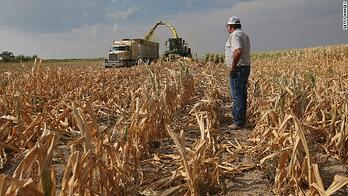 What is Social Selling?

Before we can discuss the steps to selling in a social world, it is first necessary to demystify the concept of social selling. As stated earlier, the concept is nothing new, but in order to illustrate this further let us examine the story of a small business owner and salesman who used these social selling principles to survive the against Wal-Mart.

In the years prior to the retail giant arrival in the rural Pennsylvania town, this salesman grew his agri-business one customer at a time. When a farmer would come into the storeroom, the salesman didn’t wait to see if that farmer would show up at the register; instead, he would walk over and initiate a conversation with the farmer. On many occasions, the salesman did not even wait for a farmer to show up in his store as he would make it a point to stop at a few farms to talk with farmers on the way home from work in the evening.

And what did they talk about? Mostly the farmer. If he knew the farmer then he would mention some bit of common news or story; if the farmer was new, the salesman would strike up a conversation hoping to hit on some area of mutual interest. In either case, however, the salesman never started off with a pitch about some product or service. He would simply get the dialogue started and then sit back and listen.

Farming is a difficult business to be in, and it carries many frustrations, so the farmers appreciated a chance to share their thoughts and opinions which often resulted in the building of a relationship between to the two parties. Furthermore, these exchanges almost always lead to the farmer mentioning some need that the salesman could help with. Often the farmers would flat-out ask for a product without the salesman ever having to mention it.

Once a sincere relationship was established, the salesman didn’t stop there. The next chance he had to talk with a farmer, the salesman would make sure to pass along some form of free advice or product sample. “The label doesn’t say this, but if use that pesticide it in the morning, it will be more effective,” he might advise one farmer who bought the product a few weeks earlier. To another he might hand a brush for combing a horses mane. “Here, this is on me,” he would say, and the value of a one dollar brush would turn into a $200 sale twenty minutes later.

Then one day the local paper reported that Wal-Mart intended to open up a store in town which caused a great deal of concern for the business owners. Yet even though the salesman’s agri-business would be in direct competition with Wal-Mart, he was not worried. Why? The salesman had faith in the strength of the relationships he had built in the years before.  When Wal-Mart opened many competitors closed their doors, but the salesman was not among them. His faith in the relationships of trust proved and the reputation he gained as a result kept his business thriving, and it is still in operation today.

The secret to this salesman’s success was that he followed a series of steps that comprise the basics of social selling. What are these steps? There are five.

What this story also illustrates is that the steps in social selling are timeless. As the salesman’s son, I took what I learned from watching my father and trained sales teams to employ these same principles in their day-to-day contact with buyers. “Don’t sell anything,” I would say. “Make a friend instead.” This fundamental of social selling proved successful time and time again as my sales teams consistently outperformed the competition while also earning top buyer satisfaction scores.

Technologies may change but the sales process remains the same because people remain the same.  Like a beeper or a phone, new methods of communication such as LinkedIn, Facebook and Twitter, will forever evolve but for the sale professional, the steps of social selling we are about to examine further will not. Master them and the mystery of selling through social media will be no mystery at all.