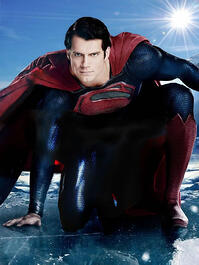 For those who know me it’s no secret I’m a huge Superman fan. In fact, I have a personal blog called Clark Kent’s Lunchbox, and you can be sure that on the eve of the Man of Steel movie premier, I already have my advance tickets for the midnight showing …on IMAX. (Hey, if you’re going to go big, go big!) For now, however, I’m like a kid at Christmas counting down the hours until I’m sitting in my seat, being awed by all the super action the movie promises.

Given all my above geekiness, I can’t keep from mixing my love of the world’s greatest superhero with my passion for content marketing which is why I came up with six basic tenants of content marketing that we can learn from Superman.

1. Decide who you are going to be

A prevalent theme within Superman’s story of becoming a superhero is his struggle with identity—was he just a simple Kansas farm boy with extraordinary powers or was he an alien being sent from Krypton to become something more?  In time, he would have to reconcile the issue and make a choice as to who he was going to be.

This is the starting point for companies who want to become content marketing superheroes. They must decide who they are going to be, how they are going to represent themselves, and what is going to be their message. Through this, they will develop the story they want to tell about their company and its capabilities.

Superman uses his powers for the good of others. If he didn’t, if he used his powers only for his own gain then he’d just be a super jerk. Some of my fellow comic enthusiasts know that whereas green kryptonite weakens Superman, red kryptonite actually turns him into that selfish jerk, and people begin to hate him.

In order to be successful at content marketing, you need to think about others too—namely your audience.  Does your audience want to hear you talk only about how great your products and services are? No. And doing so will make you look like a super jerk too. Instead produce content that’s useful and entertaining while benefiting your audience’s needs, and they will love you for it. 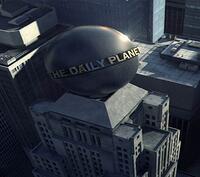 Most people are familiar with Superman’s other persona, Clark Kent, the mild-mannered reporter at the Daily Planet. Just because he was the Man of Steel didn’t mean he could sluff off as a reporter. (Some stories have him winning a Pulitzer.) He had to be a good writer, he had to work with his editor, and he had to meet deadlines.

Companies need to incorporated similar elements into their content marketing program. The writing must be technically good; there needs to be an editorial process in place, and contributors need to be held to deadlines for publishing content. Without these disciplined processes the Daily Planet would be a chaotic mess even Clark Kent/Superman couldn’t fix. So too will be your content marketing program, and management will likely not want to mess with fixing it.

Okay. There’s a couple ways to look at this. We could talk about Superman’s X-Ray vision or we could get into how Clark Kent wasn’t transparent about being you-know-who. Instead, I’m going to talk about why people trust Superman. When you think about it, Superman is one of the few superheroes who doesn’t wear a mask. By not covering up his face he’s essentially saying to humankind, “Hey, I know I have all these powers, but look at my face. I look just like you. Now let’s get this kitten out of that tree.” This, by the way, also makes him approachable, another trust element.

Companies need to earn trust too by being transparent in the content they publish. For them it’s, “Hey, I know I’m this big company, but I empathize with your business problems. Now let’s see if we can help you solve them.”

5. Stay true to your brand 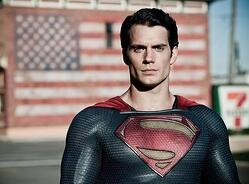 It’s been said that the second most recognized symbol in the world next to the Christian cross is the S on Superman’s chest. Now that’s some awesome branding! Through all the points previously made Superman established his brand, not only with S on his chest, but also through his actions fighting for “truth, justice, and the American way.”

As companies work their way through these principles, they should keep their brand in mind and make sure it is aligned to their content marketing efforts.  When people see the red letter S and shield show up, they already have an expectation for what’s about to happen. When people see you’ve put out a new e-book, they should have an expectation that it’s going to be a valuable piece of content because you are known for providing value to your clients.

6. Maximize the use of all your powers

Superman possesses a number of powers—super strength, x-ray vision, freeze breath, heat vision, super hearing, impenetrable skin, incredible speed, and sonic flight. That’s a lot of resources to work with, but the thing is, Superman only uses the correct power appropriate to the situation. In other words, he doesn’t use flames from his eyeballs when he can knock out Lex Luthor with a crushing punch.

When it comes to distribution of content, marketers have a lot of resources with too—email, social media, blogs, newsletters, etc. The key is communicating a targeted message through the right outlet for the right audience in order to have the greatest impact. No sense wasting time on a few Facebook fans when the majority of your audience is on LinkedIn or is subscribed to your kick-butt newsletter.  And don’t be afraid to use those super distribution powers too. Some companies forget about this aspect, and unfortunately, their great content goes undiscovered. 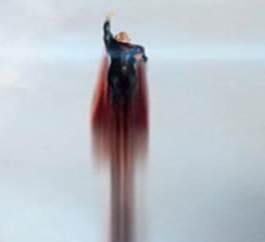 One final thought I’ll leave you with: Clark Kent’s road to becoming Superman was a journey, and so too is the path to successful content marketing. Clark didn’t become the Man of Steel overnight. He may have had the power, but there were many ups and downs in his story that shaped who he eventually would become.

Starting a content marketing program has its ups and downs too early on; don’t expect to be leaping tall buildings with a single whitepaper. It takes time to build an audience, generate leads, and then nurture them into sales, but if you stick with it and apply these lessons you’ll eventually be a content marketing superhero soaring through the skies of inbound marketing.

Now if you’ll excuse me I have a movie to catch  …whoosh!