If a company deals with safety – in the workplace, on the roads, anywhere – it’s a good bet it turns to the nonprofit National Safety Council as a clearinghouse for information, training, and other benefits.

That means the Council is constantly moving information back and forth to its clients, and, up until recently, it was managing those customer relations through Microsoft Dynamics and an email communications service. Then the Council subscribed to HubSpot for greater marketing automation and realized it couldn’t reap the full benefits unless it could get those contacts synced with the existing CRM platform.

“One of our biggest challenges was remarketing, building marketing automation,” explained Sagar Deo, digital marketing manager for the Council. “We wanted to move to a more robust program and have the contacts in our CRM built into marketing automation schemes. We needed to know how to get the contacts who filled out leads transferred into the CRM, but also have them available in an email deployment tool for subsequent workflow automation.”

And that led to the biggest elephant in the room, monetarily speaking.

“Membership is a huge driver of revenue,” said Deo. “Previously, we planned out a communications strategy – one month out, two months out, et cetera – up to 11 months out. If they hadn’t renewed, we sent them reminders of the benefits.

”The catch was, under their previous email marketing service, much of the work to create those lists could not be done automatically. And when you’ve got 55,000 member companies, that makes for a phenomenal amount of work.

“The whole thing was so manual and time-consuming,” Deo said.

"One thing a lot of companies face after integration is that HubSpot charges on contacts. Whenever something syncs over, you’re going to be charged for that, so you have to be careful. Lynton helped ensure we only bring over what we need, and that helps us determine our total footprint and figure out how much we’re going to be billed by HubSpot."

NSC turned to Lynton for integration of Dynamics with HubSpot. “What we did with the integration was create lists in Dynamics and autoflow them into HubSpot. People who renewed into November went into that HubSpot list and it started the 12-month email string automatically.

“From our end, all we had to do was build a list in the CRM, which is easy. The integration takes care of sending that to HubSpot,” he said.

“We weren’t using many forms before, so we went back to the Lynton team and said we need the data to flow in when someone fills out a HubSpot form. They said to us, ‘Great! Tell us what fields you want to cover.’ Lynton literally has a script that adds those fields.”

So if the membership department needs personalization built-in, for example, now they have access to more data than just names – they can have member numbers or anything else that’s in a CRM field.

Lynton founder Daniel Lynton said abilities like custom syncing for marketing lists were at the top of the list when the National Safety Council came to him almost five years ago. He made sure what the Council got was what it needed, and not just some package of features that didn’t address their actual business challenges.

“We helped draft the requirements and collaborated on the final form,” said Lynton.” It was a consultative approach – they came to us with a problem and we helped solve it.”

"I’ve been through plenty of integrations and you rarely see this level of hands-on involvement. Usually you’re left to figure out what to do, but Daniel and the Lynton team literally came in and had the deep, technical knowledge to do this kind of [hands-on] integration training."

The National Safety Council had chosen Lynton for its CRM integration because of the company’s expertise with HubSpot, stemming from its early partnership with the inbound marketing company. And with nearly 300,000 HubSpot contacts, that familiarity with HubSpot’s systems was critical from a budgetary standpoint for the Council.

It was Daniel Lynton who brought that to the Council’s attention, which Deo said was an example of the holistic approach the company took to their integration project. Lynton said the working relationship has grown over time. “In the past year we added bi-directional syncing, so all the CRM contacts go back to HubSpot,” he said. “We’re also sending the email activities and form submission activities to Microsoft Dynamics. Every email engagement gets created as an activity record in the CRM, which is a rather unique feature.

”Lynton also provided two in-person trainings for the Council, something that was especially helpful for the staff during the integration,” said Deo.

“We have a joke here that Daniel will physically be here in our office” as part of their agreement with Lynton, he said. “I’ve been through plenty of integrations and you rarely see this level of hands-on involvement. Usually you’re left to figure out what to do,but Daniel and the Lynton team literally came in and had the deep, technical knowledge to do this kind of integration training.”

Since bringing in Lynton to integrate their CRM with HubSpot and automate workflows through forms, the Council has seen a nearly 50 percent jump in the number of leads it closes – 2,400 for the current fiscal year to date, compared to 1,600 at this point in the last fiscal year.

“Not only have we seen a lead increase,” said Deo of the integration’s ROI, “but we saw an increased email reach to those contacts.” 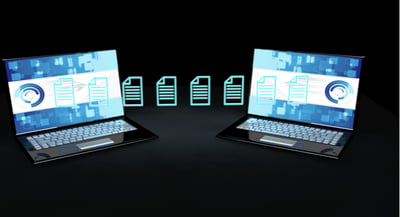 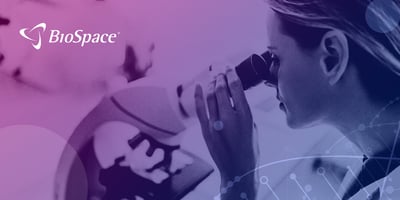