In the Age of Content, ad experiences are becoming increasingly complex and creative. For instance, European furniture brand IKEA, has just released a magazine ad that doubles as a pregnancy test. Who would've seen that coming? We're also seeing a rise in live-stream videos and ad experiences that are happening in real time. We're even seeing website platforms that are essentially code-less *gasp*! Read on for the most relevant marketing news stories of the week. 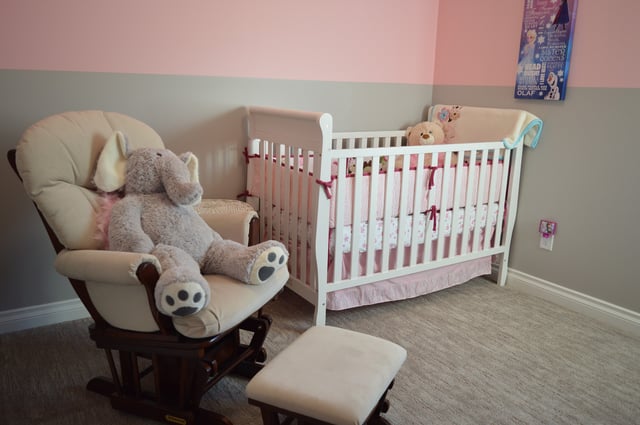 IKEA has just released an ad that’s… turning heads to say the least. In order to create awareness for their 'IKEA Family’ program, they have created a magazine page that doubles as a pregnancy test. The page itself is a picture of a crib with the price of $995 next to it. But if the reader chooses to take the pregnancy test… and is pregnant, an altered price of $495 will appear onto the page. It is important to realize however, that this ad is not a coupon! And thankfully they don’t require you to bring this used ad into the store. The intended purpose is strictly to show the cost benefits of joining their family program. Also, it's worth noting that this program isn't limited to pregnant women. It’s open to mothers who are adopting as well as all other families. Overall, the reaction to this unique ad in Europe has been really good. What are your thoughts?

How Marketers Are Turning Your Car Into a Branded Experience

Right when you’ve think you’ve seen it all, marketers are now turning car dashboards into their next platform. While radio was once the only form of in-car entertainment, it has begun to die out. Instead, brands are now buying ads on maps, sponsoring charge-ups for electric vehicles, and subsidizing in car wi-fi. Along with that, BMW, Ford, Nissan, and Volkswagen are all partnering with Amazon and Microsoft to put voice AI systems into vehicles. This tool will assist drivers with turning on lights, accessing security, and opening garage doors. Last fall, Ford even allowed drivers to order Starbucks using Alexa.

Anyone who’s familiar with Inbound Marketing knows the importance of content. However, in 2018, we’re going to see a huge rise in live content. One major aspect of live content is of course, video. Video marketing is projected to comprise up to 79% of online traffic by 2020. In B2C marketing, live streaming allows companies to engage audiences in real time, empowering consumers to ask questions and engage on a personal level. In 2016, Walmart used live streaming to sell an HP laptop during the holidays. This move can provide a sense of urgency to consumers, and therefore increase sales. Live streams can also be useful to B2B companies who use it to amplify messaging from their conferences and product launches, increasing impact. This past year, Microsoft live streamed dozens of developer and user conferences and put their products and messaging in front of 13 million current and potential customers. Live content keeps users updated and makes them feel like part of a community.

Zeroqode will usher us into a codeless future

Codeless development platforms are on the rise! But they haven’t been perfected quite yet. Experts say "If they’re complete enough to be powerful, they are too difficult for beginners and if they’re simple enough for beginners, they’re useless for serious work."  New platform, Zeroqode, is hoping to be the one to fix this. Zeroqode is based on Bubble, a new codeless development framework. Bubble consists of auto-builder tools and easy to use drag and drop interface.

“So now 1 person can do everything – UI/UX design + workflows + database configuration + debugging etc thus reducing the complexity of traditional development where a team of at least 5 people is usually required to build a complex web application.”

Are we approaching an internet with no more code? I doubt it. However, this is an interesting type of technology to follow.

Twitter noticed something very bizarre about every Trader Joe's product

Does Trader Joe's give all of their products 5 syllable names? Twitter user, Daniel Spenser, presents some pretty convincing evidence that they do! He goes even further and says that the names can be sung to the tune of the Beatles “Eleanor Rigby" song. Product names include titles like Harvest whole wheat bread, Mini beef tacos, Super burrito, Three seed beet crackers, Pesto and quinoa. Did Trader Joe's do this on purpose? While there’s no way to know for sure, there is an undeniable  sing-song quality with all of these five-syllable product names. What I do know however is that’ I’ll be singing Pi-ta bite crack-ers…next time I’m in the snack aisle.