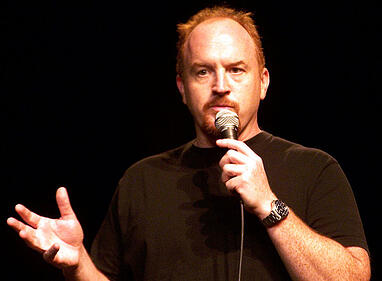 I'm sure everyone has heard the story of how Louis C.K. went against the conventions and decided to sell video of his Live at the Beacon Theater show on his website DRM free for $5.

In the process of setting up his website and distributing the special, C.K. created an email newsletter list. That's nothing special, right? Well, maybe it is. In his emails, C.K. writes to his fans just as he would as if he was talking to them one on one, or on a stage in a comedy club.

Why is that important? It's a personal connection. When I received his first email I envisioned him on stage saying it word for word.

I couldn't help but laugh when I had to reset my password for the site - the email from C.K. was brilliantly targeted to his audience.

Who is your audience? Are you actually talking and engaging with them?

Make your emails personal and helpful

Are your newsletters truly beneficial to your subscribers? If the answer is "no", or you are unsure, you have some work to do.

Why do I care if you have a new product? Tell me how it can make my life easier or better, and that I can't survive without it.

Evernote is a product that I use and love. They have a great newsletter that they send out with tips and how others use Evernote in their business and in their daily lives.

I wrote previously about how Evernote sent me tips based on an action I had completed. I emailed an article to my Evernote account instead of clipping it through a browser or entering it manually. Later that day Evernote sent me an email teaching me how to better use that feature. It made me a more educated user, and it made my life easier. Now I don't need to update those notes the next time I sit down at my desk. 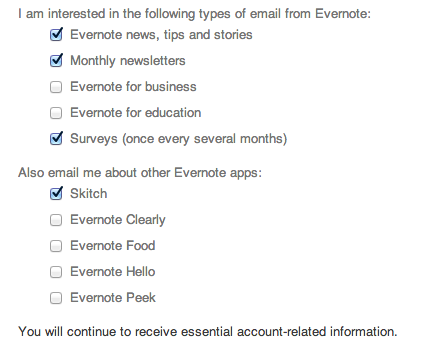 Some people may only want emails with coupons, discount codes, or news about sales but may not want product emails. Over time they may unsubscribe from your list if you send out more product emails rather than coupon emails. This can cause you to not only lose subscribers, but sales as well.

Evernote has newsletters for each of their apps. I don't use those apps, so I opt not to receive those emails. Evernote knows that they're not wasting my time with emails about Evernote Food or Evernote Hello and potentially turning me off of their emails which may cause me to unsubscribe. Don't lump your subscribers into one list and mass market to them. Break them out into lists. Give them options when they are subscribing.

Don't Overload Your Subscribers With Emails

Since the beginning of December I have received 11 emails from the Yankees Shop on MLB.com. That's about an email a day and they are on a train heading to Unsubscribesville pretty quickly. However, big brands like the Yankess/MLB or major retail chains can afford to be loose with how often they email their list. They may have millions of subscribers on their lists and while they may have a thousand people unsubscribe on a given day, an equal number of people may subscribe to the list. It's a gamble that big brands can take.

If your lists are smaller, you can't afford to play like that. Spread your emails out. Be upfront with your subscribers when they are signing up and tell them how often you'll be emailing them.

Email subscribers are precious. Treat them as such. They are trusting you with their email address and attention. Don't waste their attention and time. Building an email list is a long process, but doing it correctly (and not spamming users who didn't explicitly sign up for emails or buying email lists) will pay off in the long run.